The latest report out of the Real Estate Institute shows New Zealand’s median house price was 20% higher last month than the same time last year, while in Auckland the median price has now shot north of $1 million. Naturally, for the many New Zealanders trying to enter the housing market this has been a real cause for concern over the past few months.

This concern has evolved into all out rage on the public stage, as frustrated home buyers look for somewhere to focus the blame. These are all ‘demand-side distractions’, when the core issue is in fact, supply. The blame-game continues to play out though which of course ropes in the Prime Minister, the Reserve Bank, over-anxious first home buyers, and property investors, just to name a few.

But for foreign buyers, the group of cashed up internationals usually at the centre of these media storms, the public has been rather quiet. That’s because in 2018, New Zealand introduced the Overseas Investment Amendment Bill, which virtually cuts out foreign buyers of the residential market.

The ban was borne out of this public sentiment as the public searched for someone to blame. Was there ever a problem here – we’ll never be sure as the data collected was never clear enough from the start.

“There was a perceived problem that there were too many foreign buyers on the market. There were anecdotal stories in the news of buying a home in Auckland and being surrounded by foreign people,” said Geoff Caradus, a lawyer at Pitt & Moore.

So has this ban, intended to temper New Zealand’s surging housing market, been successful?

“It’s been very successful in stopping overseas people buying residential property in New Zealand to the extent it was intended to be,” however, “the devil is in the detail with this sort of stuff.”

What makes someone an overseas buyer?

An overseas person is defined as someone who does not fall in the below 4 categories:

This covers the individuals, but it also extends to the entities they own and control. As lawmakers know, higher worth individuals often have a myriad of trusts and organisations in their name. Could it be possible these entities have been used to ‘hide’ the true origin of the purchaser or their money?

A wealthy yet disgruntled Trump supporter looking for greener pastures, may find the first three controls fine, but you lost them at the 4th.

“We talk with people about options for buying land and the conversation is going well, until we tell them about them getting to the tax residency,” laughs Caradus.

Caradus and his organization will receive around a request every month from overseas people looking for loopholes for these tough new laws.

“The overseas investment office has been very active in pursuing violations of this law,” said Caradus.

Lawyers and real estate agents are all equally obliged under the bill as well as new AML (anti money laundering) restrictions, so aiding and abetting this kind of behaviour would put any professional squarely in harm’s way.

This nevertheless, doesn’t discount a less scrupulous lawyer than Geoff, taking the lost client instead, right?

Two years later and the amendments to the law have proven themselves to be watertight in what they set out to do — staving off overseas investment into residential property. However, with house prices continuing to go through the roof, people may call into question how meaningful these changes ever were in the first place.

It’s fascinating, when contemplating the success of this legislation, that we didn’t really even know the extent of the problem we were trying to solve in the first place. Either way, it was thought that by eliminating this group, we’d significantly reduce demand for New Zealand homes. Still, as long as the discussion keeps the focus on demand-side culprits, the real culprit (lack of supply) can go on unnoticed.

The free market will always respond to rising demand (that is, if a market is ever truly free). We’re quick to blame the free market when things aren’t working, but we often fail to realise that perhaps the reason why it’s not working, is because it’s been neutered by red-tape. Who’s to blame for the rising housing market again?

Now to help you with this challenge, Hatch is going to give one lucky person a $500NZD top-up to their Hatch account. To enter the giveaway, head to:

Just pop down your email address and your goal you have when it comes to investing – that’s right – if you put it out there, it’s more likely to happen.

The challenge will run from Monday 16 November to Monday 30 November, and the winner will be announced on Tuesday 1 December. So don’t put this off – if you’re in a position to do it, click on the link now. If you work for money, put some of it to work for you today – good luck!

You can really help with the success of the NZ Everyday Investor by doing the following:

2- Write a review on Facebook, or your favourite podcast player

4- To catch the live episodes, please ensure you have subscribed to us on Youtube:

NZ Everyday Investor is on a mission to increase financial literacy and make investing more accessible for the everyday person!

Please ensure that you act independently from any of the content provided in these episodes – it should not be considered personalised financial advice for you. This means, you should either do your own research taking on board a broad range of opinions, or ideally, consult and engage an authorised financial adviser to provide guidance around your specific goals and objectives. 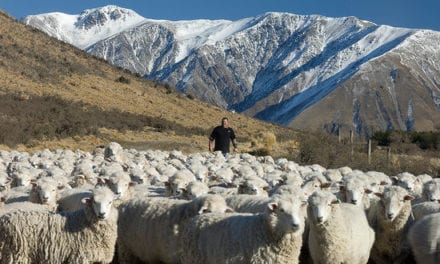 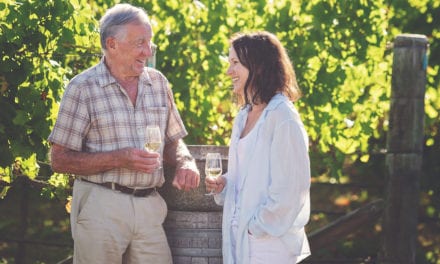